The Legend of Loch Ness

A star of multiple Hollywood epics, Nessie has been a tale of folklore for hundreds of years. This myth commonly refers to a cryptid that supposedly inhabits Loch Ness in the Northern Scottish Highlands. According to the believers of this myth, the inhabitant of Loch Ness is a survivor of the species of aquatic dinosaurs known as a plesiosaur.

There have been multiple photos of the so called "Nessie." 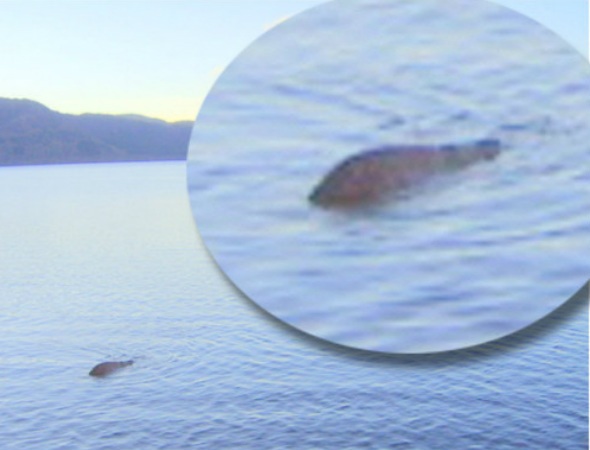 Legend has it that the Loch Ness Monster was first sighted in the sixth century by an Irish monk while preaching by the lake. Now, a Scottish sailor who has spent the last 26 years of his life searching for the elusive creature, says he has the best picture yet of “Nessie.”

George Edwards takes his boat, “Nessie Hunter,” out onto Loch Ness nearly every day, often with tourists who hope to see the creature for themselves. Early one morning in November of last year, Edwards was turning his ship back to shore after spending the morning searching for an old steam engine on the lake floor, when he saw something else.

“I saw something out of the corner of my eye, and immediately grabbed my camera,” Edwards told ABC News. “I happened to get a good picture of one of them.” 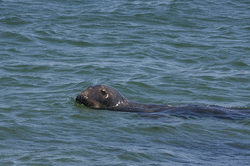 While it is unlikely for one to be as long living as Nessie, many people believe there may be multiple plesiosaurs living in the lake that have lived on through-out the thousands of years. There have been multiple expeditions for the capture or proof that one of these creatures, the earliest recorded being Sir Edward's Mountain Expedition. During this investigation, twenty or so men posted up higher along the banks of the Loch Ness with binoculars and cameras. This expedition lasted for a total of five weeks and took twenty-one photos of the lake. Though none was considered inconclusive, there were photos of "humps" in the water in these photos. The common belief was that these humps belonged to gray seals, which in low lighting or the fog that frequently mists the surface of Loch Ness may be easily confused with the profile of the Loch Ness Monster.

With so much inconclusive evidence surrounding the myth it's hard to believe this myth as true, but it is easier to believe because it is technically possible for it to be true. The landlocked lakes in the Scottish Highlands were not always so. According to  Loch Ness Water, it is only about 16 meters above sea level, therefore it is possible for it to have once been connected to the ocean (where plesiosaurs inhabited) by a chain of deep lakes and rivers. It is also potentially deep and large enough to hide such an animal, containing more water than all of England & Wales combined. In addition to this, Loch Ness has some of the best freshwater fishing in the world. Home to large-mouth bass, small-mouth bass, lake sturgeon and pike, there is adequate food for Nessie in the lake. Take this information along with the fact that sharks were able to live through what killed the dinosaurs, and that the plesiosaurs shared many common characteristics with the prehistoric sharks, it is technically feasible for them to have survived. After all, bull sharks adapted to life in fresh water and thrived, why couldn't the legendary Nessie?

The only problem is that there has been searching for the last 200 or so years. Now with so many expeditions and tourists, without conclusive evidence of the Monster, it begs the question of how such a large animal could remain hidden one of the most well known lakes in the world. The likelyhood of an undiscovered population of plesiosaurs in this lake is slim to nil at this point and if nothing has been found yet, there has to be a point when people accept that the lake is just that, a lake, and that the myth is just that, a myth.